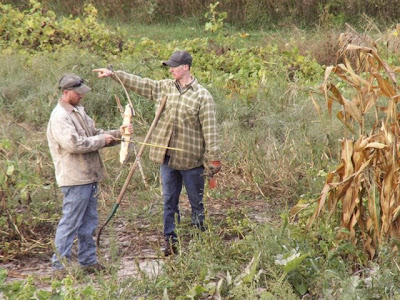 Brian chased a coyote out of the corncrib inside his goat fence this morning while completing chores. A little while later he heard an uproar in the outside chicken coop. Brian called for Aaron to join him in the chase and the boys grabbed pitchforks and a bow while I grabbed my camera. We were unsuccessful. I failed to get a picture of the coyote and the boys failed to kill him. Brian left a pitchfork beside the pen and Aaron left the bow on the back porch since the fiend will probably return. 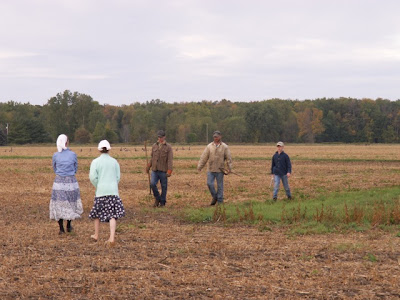 We all joined in the chase as the coyote ran across the bean field to our neighbor's property. Our neighbors raise rabbits, so we called them to inform them of the coyote alert. 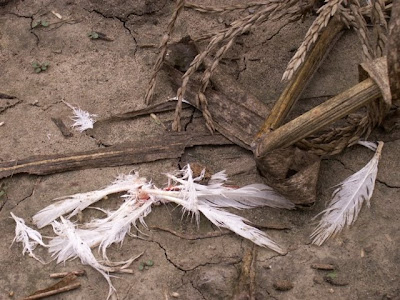 We found tell-tale signs among the nearby cornstalks. The coyote hid in the standing popcorn for a few minutes before the boys chased him out. 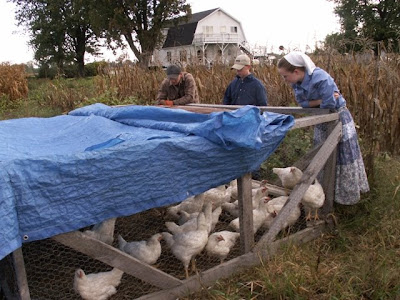 Brian, Logan and Libby count the chickens. Libby was upset that the coyote would try to kill the chickens she raised from chicks. In a few weeks the chickens will be ready to be butchered. 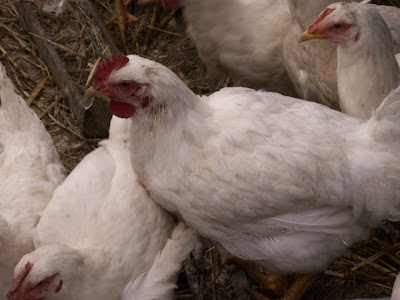 The coyote was attempting to pull this meaty rooster out of the pen when Brian scared him away. The bird has wounds on its neck, but Libby hopes it will survive.
Posted by Amy at 9:32 AM