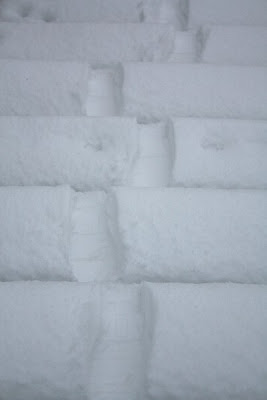 When the first snowflakes appear in the air, I am ready to grab my camera. As the snow continues for days and weeks and months, the novelty wears off and I'm not always so willing to don on jackets and boots and trudge out in the snow for another picture of the frosted pine tree. I just scrolled through last year's winter photos--in December I saved one hundred snow photos, in January forty-eight, in February nineteen, in March three. It's not that we had twice as much snow in December as in January. But there's only so much snow that one wants to photograph.
It's only December, and I'm not tired of snow pictures yet. But I did want to find a subject beyond the frosted pine tree. Thus the abstract shots. 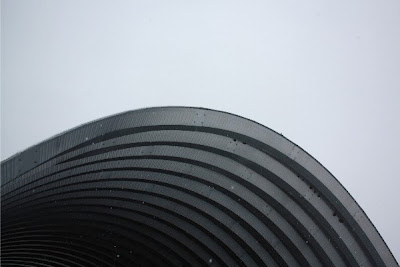