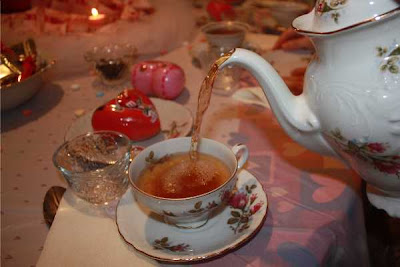 Brother Duford thought Kendra was joking when she told him she enjoyed tea parties. Given the context of goat butchering when the conversation took place, Brother Duford's disbelief is understandable. But when nine of us girls met at the Bylers' house on Monday afternoon it was indeed for a tea party--a pink, girlie party, complete with heart-shaped party favors and plenty of chocolate.
Last year we began the tradition of holding a post-Valentine's Day party for ourselves. None of us were presented with chocolate and roses by dashing young gentlemen, so we bought treats for ourselves on clearance after the hooplah of the holiday passed. Then we asked ourselves out for a date.
Our tea was delightful and after a brief appearance by a young gentleman (don't crash our party, boy!), most of the Byler and Cook girls headed to town to shop for a present for our niece's birthday in July. On the way home the girls picked up a "chick flick" from the library, which they watched at our house after a brief group photo shoot. I missed most of the fifties musical, but from the uproarious laughter I heard in my bedroom, I can attest that the entertainment was a success. 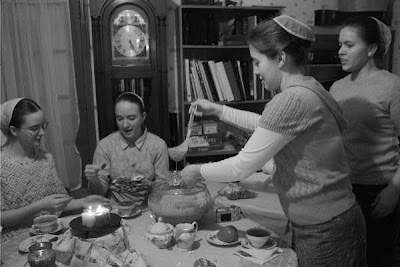 Amanda serves mocha punch, while Kendra prepares to pour tea for her guests. 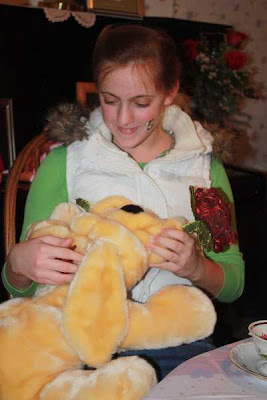 Rebekah received the doorprize--a stuffed dog with a rose in his mouth--after discovering a princess band-aid on the bottom of her chair. 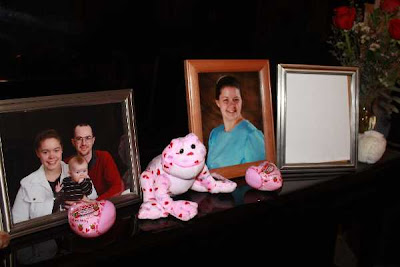 Our dearly departed friends/sisters (and one brother/brother-in-law and niece) who now reside in Pennsylvania and were unable to join in the festivities. 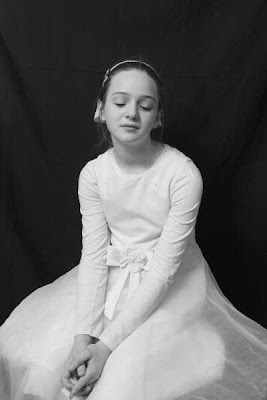 Naomi waits for the rest of the girls to gather for a group photo. 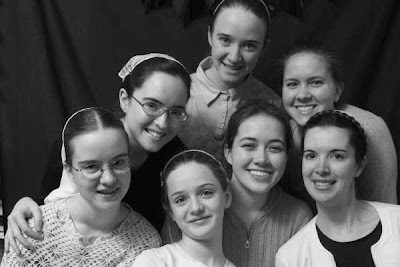 The Forsee girls had to leave early, but the rest of us managed to pose for a fairly painless group portrait.
Posted by Amy at 6:13 AM