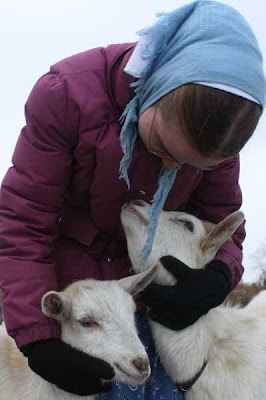 Libby with Fatso's kid (left) and Little Man (right). Little Man is Libby's goat. Libby and Brian raised him last year after his mama, Bossy, died. Little Man had a broken leg--probably from Bossy kicking him when he tried to nurse and she had sore teats. His leg healed over the summer. He's now the biggest of last year's kids and Libby is training him to pull a cart. 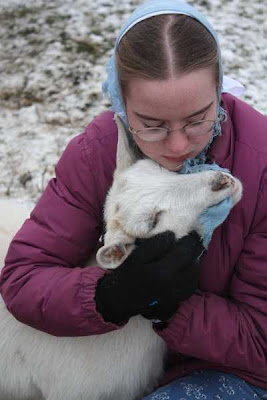 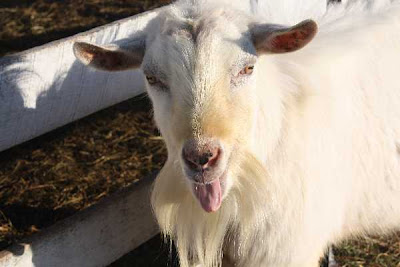 This one is for those of you who found Snowy so handsome and attractive. He's still visiting our farm. He's not quite so stinky as he was when he first arrived. Libby tells me that he makes funny sounds and sticks out his tongue when he's after the girl goats. He was tied up on Saturday because one of last year's kids was in heat and Brian didn't want her to have kids.
Posted by Amy at 8:58 AM